Some of our projects 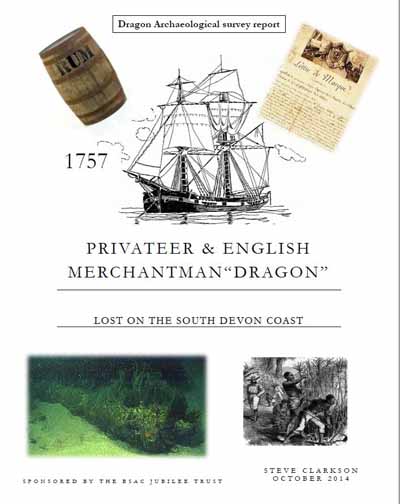 In the 1990’s a friend of mine, Bill Bunting, started looking for the wreck site of the sailing ship “Dragon”. Living in South Devon, he and his then wife, Mary, were able to spend many evenings searching the area where the Dragon was reported to have been wrecked. The location remained a mystery for some time as its secrets lay metres beneath the sand until a winter storm uncovered some fragments of the wreck, including some cannon, in 1991. The wreck was again covered with shingle and sand within a year and was not seen again until after the winter storms of early 2013 when approximately 2m of sand were washed off the site close to the shore. Unfortunately Bill is no longer with us, but his ex wife, daughter and a team of amateur archaeologists are helping me to complete the research and produce site plans.
We started looking for the wreck about ten years ago but it was not until 2012 that we located the , what we thought might be, cannon using a magnetometer but all that could be seen by the divers was sand and shingle. During the summer of 2014 ten cannon and some wood were now visible.
At this stage, we cannot be absolutely sure this is the wreck of the Dragon, as other ships have also met their end in the area. 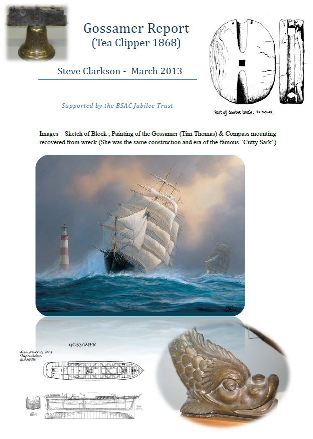 In the 1970’s Stephen George was snorkelling along the coast near Prawle Point on Devon and came across the remains of a shipwreck. Although the majority of the wood had long since gone, the brass bolts (with a name on) used in the planking had been left behind in the crud. This told him it was a composite design and was probably that of the Tea Clipper “Gossamer” lost in December 1868. Some artefacts were recovered and loaned to the Salcombe Museum. This project follows up on the work by re-locating the wreck and completing a site plan as well as establishing what is left of the wreck 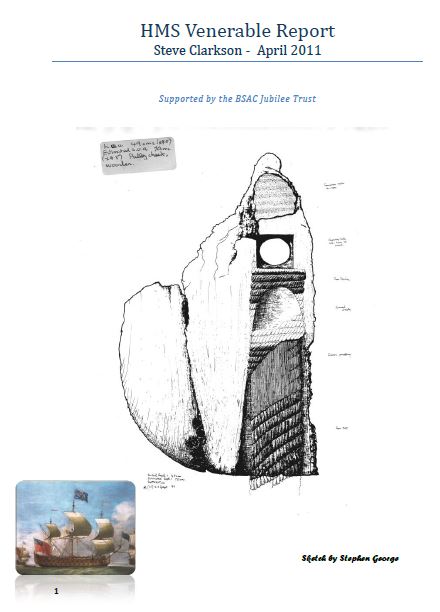 The background to this project starts in the 1970’s when a local diver, Stephen George, spent a considerable amount of his time searching for wrecks on the South Devon coast. He later teamed up with Neville Oldham in order to further their knowledge on the shoreline wrecks of South Devon. One of the wrecks that he had found was that of HMS Venerable and some of his research had been passed on to Neville Oldham. Although some of the material has been lost, I was able to gather a considerable amount of information from Stephen and Neville who have both made a huge contribution to this project. 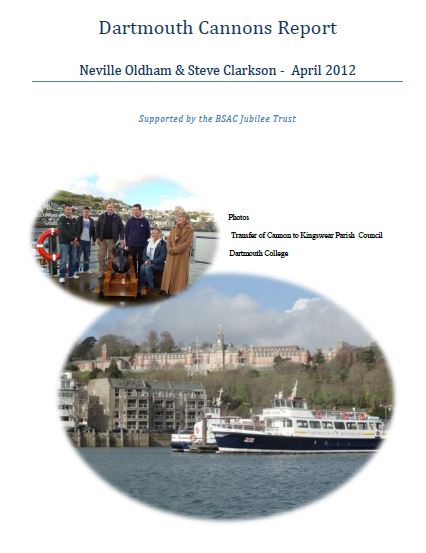 In the late sixties /early seventies, Neville Oldham and Tony Almer discovered seven cannons located on the sea bed in about 6 metres of water in the small bay at the mouth of the River Dart, below Kingswear Castle. The general opinion from local historians was that the cannon had been thrown from the Castle.
Over the years, the site was dived by a few divers and rumours abounded about a sword, pottery and onion-shaped glass bottles being found. Unfortunately, the only object I have been able to confirm is that of a sword which was in such a bad state that it could not be conserved.
In 1992, as part of a project of recording cannon sites in the sea along the South Devon coast, with the assistance of members of Totnes BSAC, we carried out a preliminary survey and located and recorded seven cannon. Unfortunately, we were unable to return and carry out any further work on the site due to pressure of work on other sites but have kept a watching eye on the site since. 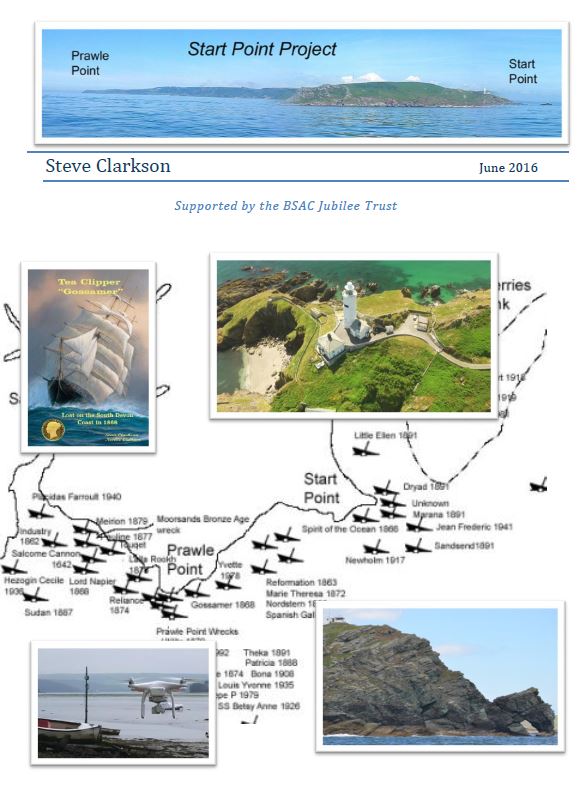 The Start Point Project was started by the late Neville Oldham and taken over by myself, Steve Clarkson following his death.
Over the years both Neville and I have researched a considerable amount of information on the shipwrecks of South Devon as well as diving a lot of the sites. The inshore sites have been little dived and a lot of the positions are not accurately known and have never been documented.
Shipwrecks have been found in South Devon covering over 3000 years from the Bronze Age to the current period. These ships were Merchantmen, Passenger ships, Tea Clippers and naval vessels and include some from the age of sail as well as modern steamships. Many of the offshore shipwrecks are well known and have been dived 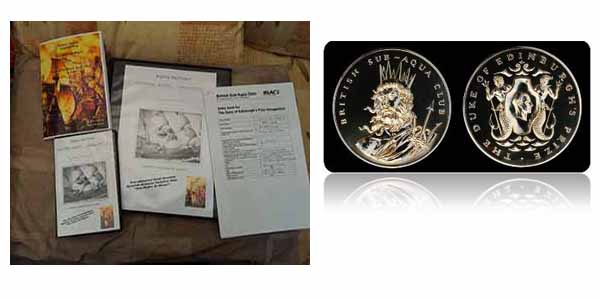 What of the hospital ship San Pedro el Mayor? We are told that she took on some of the injured of the ship San Salvador, which had exploded on 31July at the first battle of the Armada off Plymouth. She would have also kept station during the battles up the Channel whilst taking on more sick and injured as well as experiencing the rout by the English fire ships at Calais. We don’t hear any more of her until she limps into the little port of Vicey near the Great Blasket Island off County Kerry where she took on more sick and injured. It must have been quite a feat of seamanship navigating around the Scottish and Irish coast in rough sea conditions, with a sick crew and a damaged ship. The San Pedro was joined by two other ships and the San Juan commanded by Juan Martinez Recalde, one of Spain’s most famous seamen. They found anchorage to try and get some fresh water and supplies. We don’t know how successful they were in getting supplies but they left the anchorage together, the Great Galleon San Jan making it back to Spain and three day after its arrival there, its captain, Recalde died of sickness and fatigue.